I stumbled upon another microcontroller based handheld video game device tonight while checking out the Arduino contest over at instructables.com

The MAGPI was made by instructables user zippy314 and his son. It uses minimal hardware but the results are great, the first game in their youtube video reminds me of a lunar lander / asteroids type game but the idea is to move your ‘ship’ around the screen to catch objects. 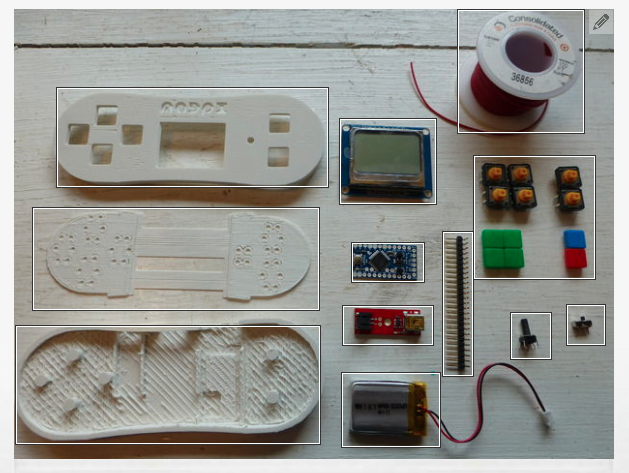 The MAGPI is finished off nicely with a 3D printed case and the best part is – you can make one for yourself because they have uploaded complete instructions on the instructables page:

The images from this page were taken from – http://www.instructables.com/id/Magpi-The-Micro-Arduino-Gaming-Platform-Interface/